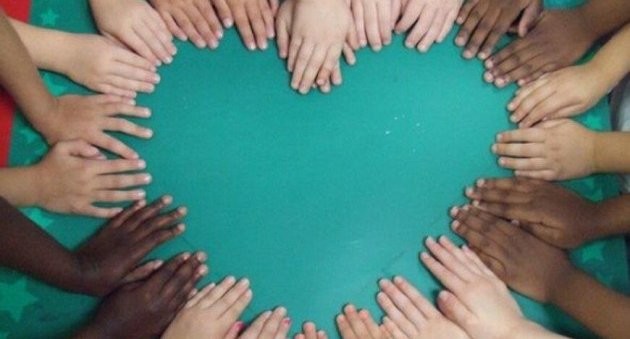 For several decades, management thinkers and others in the field of human psychology and leader development have led all of us to believe that it is an individual’s magnetic qualities that inspire followers to follow. They have led us to believe that it is an individual in the position of leadership who rallies his or her troops, gives them a sense of purpose, creates passion and hope and leads them into a greater future or helps them get what they want.

To me, that notion of leader as a person is under peril. I have been witness to a series of events in the past decade which has led me to question this overemphasis of the individual or even glorification of a single person as the cause for leadership.

A few recent events (especially in the city of Chennai, India) have convinced me that it is the cause and not a person that provides real leadership or inspires followership.

In December 2015, the city of Chennai was ravaged by the century’s worst floods. Citizens witnessed unimaginable misery and hardship. In the midst of this calamity, the city discovered leadership. This leadership was not in the form of a politician, a social worker from an NGO, a Member for Parliament or anyone else. It was the “cause of flood relief” that moved thousands of people to demonstrated exemplary levels of compassion empathy, jump in and participate in the flood relief which was “The cause”. It is the cause of helping people that served as the leader or provided  the emotional draw that no leader could have ever provided. Interestingly, there wasn’t a single person or even group of persons who stood out as leaders at that time and that really helped.

The month of December 2016 saw the sad demise of the then Chief Minister of Tamilnadu, Selvi Jayalalitha.

What citizens and the common men and women of Chennai feared most at that time was violence as an aftermath?

Interestingly, and to the surprise and relief of people, the entire funeral and the transition was completely incident free. No leader stood up and appealed for peace or asked people to maintain calm. The cause of maintaining grace and dignity and demonstrating true respect was so strong that it served to mobilise people to act in perhaps the most civilised manner.

Take the aftermath of demonetisation as another example. How is it that such a large nation like India which is so used to cash lived with such huge misery and hardship for so many weeks without any violence or unrest on the streets? In my mind, it was the cause of fighting black money and the fight against terrorism that silently rallied people – people silently signed up for this compelling cause and therefore showed the grit and determination that they did. The cause was again the leader.

A few days ago, the state saw a huge uprising in the wake of the ban on Jallikattu, a sport which has been an integral part of Tamil Culture. An unprecedented scale and magnitude of protest came to life, thanks to the wholehearted participation of youth in the state, from all walks of life. This is in fact described as the largest people’s movement in the country. There was no leader giving a clarion call, there was no leader delivering speeches. In fact, that was the saving grace and the few leaders who attempted to claim the space were rejected.. The cause of protecting a symbol of Tamil culture and fighting for what was fair served as the leader.

What is true in civil life is true even in the corporate world.

When an airline attempted to remove employees or an IT company did not honour it’s campus offers, employees came together spontaneously and got what they wanted. None of them were interested in forming a Union or appointing a union leader. The cause was the leader.

If the true meaning of leadership is that followers are willing to follow, then my surmise is that it is the power of a cause that propels people to follow, not a particular individual and his or her qualities. Cause is the real leader today.

The ingredients of Cause leadership

So what are the ingredients of cause leadership? In other words, what is so powerful about a cause that it provides leadership and gets people to sign up as followers?

The most important and defining ingredient of cause as leadership is the true spirit of volunteerism. No force, no mandating or compulsion. Individuals make the choice to sign up for the cause or are moved to join the cause. This is critical.

The cause itself is such that it holds a powerful emotional appeal to the person. Such an appeal is either at an empathetic level or at a level of civic rights like justice and fairness or could just be about personal rights being violated or just enlightened self-interest.

This is where the social element comes in. What brings thousands of people together is the fact that they have a simple and sharp agenda in common – that particular cause. There is nothing else. Once that shared interest is fulfilled, the group has no other reason to exist.

Another important characteristic of cause leadership is that there isn’t a single person who is either appointed or emerges as a leader. In the system of cause leadership, as I see it, the emergence of a leader can actually be a liability.

Take for instance the anti-corruption movement that emerged in India a few years ago. The emergence of a few leaders actually derailed the movement and the leaders themselves lost their credibility and ended up in infighting. The emergence of a leader is actually counterproductive to the spirit of volunteerism and can even trivialise the cause and it larger altruistic appeal.

We see this time and again in organisations. As long as HR tries to provide leadership to programs and issues, it becomes a bureaucratic overhang and never gets off the ground. Leave it to people and their spirit of voluntarism, and things get done.

There is a growing cynicism about leaders in all walks of life. Very few are willing to believe any leader or trust them in what they say. Today, people know too much to believe what a single person says.

The implications of cause as the leader are huge and hold great potential. Social movements will take place easily. With technology to their aid, organising will become easy. With no leader telling them what to do, people will take high ownership. For teh right cause, people will be willing to go all out.

Governments and organisations alike have reason to worry. Should people see their rights being violated and it matters to them a lot, that will become the cause that will mobilise them like magic.

So also with citizens. They will blog, tweet, post on all social media forums and of course come together in the thousands to get what they care for.

Leaders who thrived for centuries by taking advantage of their position will find it very hard to find a credible place in the world of cause as leadership.

Business leaders who lack credibility will have fewer followers than some of their junior most employees who choose to speak their minds and ignite a cause.

Of course, there will continue be individuals in leadership positions fulfilling some of their responsibilities. But real leadership that ignites transformation will come not from them but the causes that people see for themselves.

The future of cause as leadership is exciting. For now, I am not worrying about its perils. After all, have we all not seen enough leaders who have been perilous too.