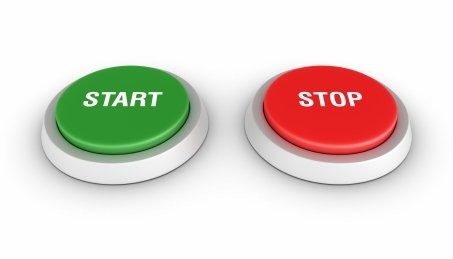 I worked for a global corporation where this interesting phrase was used quite often.

It was like this – there would be a bright executive who would launch a grand new product or service with great fanfare and flair. Much would be written about it, a lot would be spent and the initial burst of enthusiasm and euphoria which lasted a couple of years would be enough to lift not just the spirits of the organisation but also the career of the lead executive, the start-up hero. The start-up hero would be promoted and sent to a foreign land of choice.

Another year down the road, the auditors and accountants would wake up and and discover a lot of not so flattering things about the erstwhile start-up idea. A search would be put out internally for a competent and tough executive to clean things up. Enters into the scene the new executive – he works relentlessly to do the reconciliations and write offs and in a couple of years, yes – would have done enough to lift not just the spirits but also the career of the lead executive,   the clean-up hero. The clean-up hero would also be promoted and sent to a foreign land of choice.

Start-up heros do what they are supposed to do – bring a huge burst of energy and enthusiasm, rally people around an untested and often crazy idea, take some huge risks, scan the environment for resources, breed a lot of creativity, dream and think big, worry less about execution and more about creating a market and so on.

By their very nature, start-up heros are impatient with details, scorn at people who talk about things like stability, order, process, planning, research and so on.

They tend to be charming, persuasive and unbelievably optimistic. They hate to talk about controls, process, profitability and so on.

Clean-up heros do what they are supposed to do – they evaluate, they control, they review, they look at the organisation’s ability to implement, they look for what can go wrong, they pour cold water over crazy ideas, they frame policies, they audit, they measure effectiveness and so on.

By their very nature, clean-up heros are detail oriented, they are planful, work through processes and seek stability. They often tend to be boring, pessimistic and predictable.

In my career spanning over three decades, I have seen an equal number of both heros and have over a period of time learnt to respect and value both.

The best thing of course is to build teams with the right chemistry – the right blend of team members with start-up and clean-up characteristics and abilities.

It is also important that organisations respect and celebrate both kinds of individuals and also get them both to respect each another and see the value in leveraging each other’s strengths to compensate for each other’s weaknesses.

Until that happens, we will see both kinds of heros in demand.

Now, what kind of a hero are you?