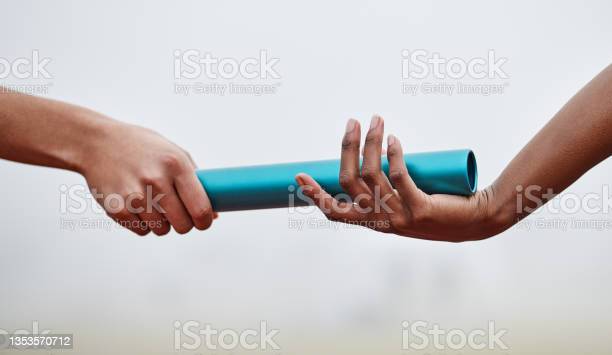 The ability and inability to delegate at a level that is appropriate to one’s position in the organisation very often figures as an acute development need for entrepreneurs, leaders and managers across organizations.

Trainers and Coaches spend an enormous amount of time and effort in helping these executives develop the right skills and mind-sets so that they are able to practice delegation in a manner that is befitting their level and context in the organisation.

Unfortunately, there is a popular notion within organizations that more managers and leaders need help with overcoming their tendency to micro manage. As a corollary, it is believed that abdication is seldom an issue and developmental challenge and has therefore received very little attention among trainers, coaches and even thought leaders. In other words there is an assumption that a vast majority of executives are taking more charge than they should and that we do not have as much of a problem with people not taking charge at all.

So who in the organisational hierarchy suffers from which kind of delegation problem?

(I must hasten to add that this post is about leaders and managers who do have problems with delegation. There are many who do a fine job of delegation and to that extend I am not generalizing.)

It appears that a fair number of leaders are unable to let go and struggle to develop an appropriate delegation style of being hands on but do not micro managing.

The problem of micromanagement starts right from at the Board room. Many board members are often guilty of getting into operational issues or telling the CEO what he or she ought to do or how they ought to do it.

CEOs, anxious about their own performance and subject to pressure from investors find it hard to allow people below them to take the time to make decisions. They might direct, tell, strongly suggest or just mandate.

New CEOs often plead about the need for “alignment” which is a euphemism for “towing my line”.

Their direct reports also use the office of the CEO to “drive initiatives”  or “intervene when things don’t work”.

Executive leaders often display their anxiety by asking for a lot of information, having too many review meeting or having too many catch up calls. Middle managers are often lamenting about the time they have to spend managing upwards.

Sometimes, entrepreneurs and business owners who have built businesses from scratch have an unreasonable expectation from their direct reports (Presidents, EVPs and VPs) that they should know everything about everything. When they ask one of their Presidents about some micro issue and he says I don’t know because that is being handled by his team member a couple of levels below, the entrepreneur might be deeply anguished. He will use his personal benchmark of how he knows “everything” to judge the senior leader. These senior leaders will soon do what is good for them – micro-manage.

In essence, the higher one goes, the greater the propensity to micro-manage.

This is what needs some explaining.

Many Managers find themselves in a situation where they are less competent than their team members when it comes to “actually doing the work”. This is especially true in technical and skilled jobs.

Managers also quickly figure out that their proximity to the point where actual work is being done and delivered is quite high. This could be sales revenues, customer service, patient care, project execution, hiring, query resolution, problem solving and so on.

If they dirty their hands and micro manage, they know that bad outcomes will stick to them easily. So, many take the misplaced and of course convenient position that they have “delegated and empowered the troops to do their work”. What that really mean is that if something goes wrong and there are escalations right through the hierarchy (and that is often the case because we live in an escalation matrix society) nothing will stick to them. The preference is to be an escalation point rather than in the line of fire.

Ask front line employees and they will tell you that they wish their manager stepped in more often when things went wrong, or when they were unclear or unsure or did not have the ability to do something. They wish their managers were more available to them to help them and were not busy managing upwards. They want managers to lead from the front more often.

Go to a retail outlet or a restaurant or any professional services firm or a hospital or a call centre or a customer support centre and you will find more abdication than micro management.

My heart goes out to the thousands of young front line employees in a variety of businesses who have to often fend for themselves with little support because their managers have chosen to interpret the meaning of delegation to their convenience. My heart also goes out to senior managers and leaders who need to expend enormous energy to deal with the micro-managing ways of their bosses.

The manner in which we manage performance and rewards, the widespread use of fear and escalation as a means of securing results, the lack of importance paid to functional expertise among managers and the inability of organizations to allow for mistakes can all be listed as potential reasons for such a culture within organizations.

It is my hope that in the year 2018, more and more organisation will pay attention not just to micromanagement but also abdication and ensure that everyone displays a style of delegation that is level and context appropriate.

Season’s greetings and best wishes for an empowering 2018!