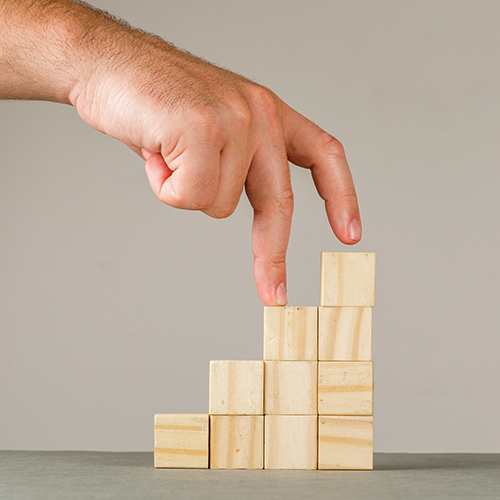 Rajesh is an extremely senior and successful sales leader in a global corporation in the technology industry. He has had a very successful track record and has always been seen as a dependable hand when it came to getting things done. Be it a tough client or a difficult project or a major initiative, if things had to be moved and people mobilized and results delivered, Rajesh was the man. Rajesh loved being called upon to help in this fashion, especially by senior stakeholders and he never disappointed. Until of course it was his turn to be disappointed. Rajesh was expecting a big role in return for all the things he had done and unfortunately for him, that did not happen.

That is when Rajesh’s manager suggested that he work with a coach to figure out what was coming in his way and we started working together.As Rajesh and I started working together, we realized his many gifts – high energy, optimism, results focus, communication skills, an informal style and of course very strong relationships. If Rajesh had a second name that would be “relationships”. His view was that relationships were everything. Be it customers, senior stakeholders, his managers, his team members, his friends – it was all about relationships. He would constantly see how he could help. Being nice, liked, loved, appreciated, were important and going to great lengths for this kept him preoccupied.

He believed that relationships would always pay. Unfortunately, this came at the cost of results with the team, strategic thought in a critical interaction, misplaced humor in a social setting and inability to assert or take a stand in peer relationships. After our initial explorations, we started looking at feedback from his stakeholders and many things fell in place. The moment Rajesh was able to see these unintended consequences in his singular quest to build and maintain relationships, he was able to start making quick changes.

Rajesh and I started discussing ways in which he could be more deliberate, thoughtful and strategic in his everyday actions. He also confronted some of his unhelpful ways of thinking that were contributing to his over using his “relationship” skills. It took Rajesh several months of contemplation, action, continuous feedback and the support of a peer network to make progress. Difficult business circumstances and people circumstances served as fertile test grounds for Rajesh to try his new behaviours.

Today, Rajesh is able to demand performance and take a stand with peers on professional matters. He focuses on substantive issues in meetings, lets his competence rather than his charm do the talking and no longer goes out of his way to be seen as likeable and popular.

The intent of these client stories is to illustrate the typical development needs that leaders encounter – needs that come in the way of delivering peak performance. The focus is not on the “how” or the methods adopted by the coach to help the coachee.The identity of the coach and the coachee have been concealed to preserve confidentiality.