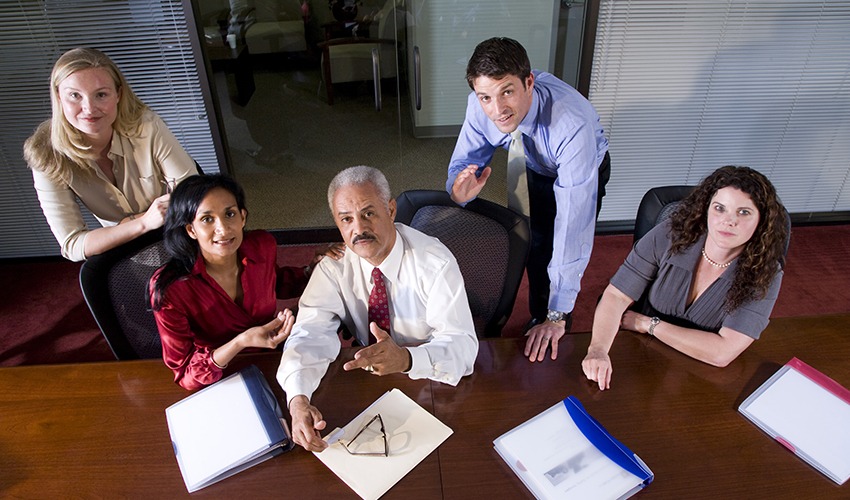 One of the most popular demands from any coach is to improve a leader’s executive presence.

While it is popular, it is also one of the most misunderstood areas of leadership competence and coaching so to speak. There are several unanswered questions about how this need came about, why it matters and what it means and so on. In the absence of clarity, I am afraid that there are so many things that coaches may be asked to do to enhance executive presence, all with very good intention but with mixed results.

My views on this subject are by no means the last word but I think it is worth a try.

First things first, here are a few examples of what typically gets addressed under coaching for executive presence:

Things like assertiveness, influencing and executive presence became prominent after India started become globally aligned and Indians had to deal with leaders from across the world, when Indians had to compete for opportunities across the globe or Indians were evaluated based on competencies of global relevance and compared with global talent for local positions.

This is when Indian organisations and leaders became a lot more low-context in their cultural orientation – an orientation where meaning is made somewhat literally by what someone says or how one is seen. India on the other hand is considered a high context culture where meaning is made by reading individuals and situations in context. We did not judge people merely by what he or she said but by where they were coming from.

As a result, how you spoke started mattering as much as what you spoke in more recent times.

In the book Cultures and Organisations – Software of the Mind by Geert Hofstede and Gert Jan Hofstede, the distinction they draw between American and Dutch employers and job applicants has interesting lessons for this discussion.

In this book, Hofstedes contend that in the US, people tend to discount what is stated or seen because people come from a context where it is believed that people generally overstate their credentials and use superlatives. Now, in that context, if someone let’s say from India who is already understated engages with an American and gets discounted further, there can be problems.

Many “strategic stakeholders” including Board members and global seniors who are increasingly interacting with leaders from India may often judge these leaders through their global lenses or form impressions on these leaders based on limited information. It is in this context that coaches were often called upon to ensure that this thing called “executive presence” or “gravitas” or “stature” did not come in the way of an otherwise good leader not being perceived well.

So, often times quickly learning this thing called “executive presence” is seen as a strategy to be “perceived well” and “paid attention to”.

It is about making one’s leadership abilities come together to make an impact especially under unknown and difficult or even hostile circumstances.

What is it really?

First, I would like to replace the term executive presence with the term leadership presence.

The term executive is a western notion of this being required at executive leadership levels. Viewed in this manner might make it futile because by the time one reaches an executive level, it is almost always too late.

It is also viewed as somewhat different from the act of leadership – as a distinct trait. Leadership presence is all about leadership.

I would like to define or describe leadership presence as the ability of a leader at any level to be mindful about the manner in which they are experienced as leaders by the world around them and take conscious and deliberate efforts to ensure that as they grow and evolve as leaders, the quality and richness of this experience grows with them. The experience needs to be congruent at one level and uplifting and inspiring at another level. This evolving and dynamic element is important because the real challenge is when a leader is growing in position but the way they are experienced does not reflect it.

In my view, Leaders at every level need to be mindful about the manner in which they are experienced and they need to start working on it well before it is a problem.

Viewed in this manner, it is not a separate set of skills and techniques but just a reflection of your leadership – your awareness and your recognition of the place of others in how you are experienced.

Leadership presence goes beyond the current physical presence in the “here and how” and is about seeing the leader in the context of all past collective experiences, in all walks of life. It is about doing justice to yourself and your gifts. It is about your knowing and using your strengths well. It is about balance.

Having said all this, I would like to present some of the ingredients of leadership presence in four parts. I will use the analogy of a simple bank acount:

A leader’s presence starts with not being rich but feeling rich. It starts with how he or she sees himself or herself first. How much do I value myself and how much do I love myself?

If my own sense of worth is poor, it would hugely reflect in the quality of my presence.

So, feeling rich is the first step.

Performance: How well are you perceived to have delivered results on a consistent basis?
Professional competence: The extent to which you are respected for your competence in your professional / functional areas of expertise. In the world of today, this includes the body of work that you have created and shared with the people around, your professional points of view on things. Are you’re an influencer of thought?
Stories: The extent to which there are positive impressions and stories about you that reflect your leadership. It is very important that the number of positive stories about you far outnumber the negative stories about you. This is indeed a huge challenge because replacing negative stories with positive ones is very hard.
Openness to feedback can hugely help here.

Adding to your balance

There are quite a few things which one can do to add to their balance of leadership presence. These are things that one can learn in their work with a coach.

Courage & Openness: The extent to which you are seen as someone who can bring up and communicate on difficult issues sensitively and can stand up for principles. The key word is sensitive.
Empathy: Your ability to be mindful, listen, understand and respond with empathy and sensitivity in all your relationships and interactions. It also includes articulating in ways that are engaging and absorbing.
Intellectual rigour: Your ability to connect the dots and see and communicated the larger picture including a long-term view and your ability to distill the essence of any problem or issue and articulate with simplicity to promote clarity.
Statesmanship: Your ability to see the wider ramifications and show statesmanship and take an Organizational view rather than a narrow functional view.
Professional demeanor: The extent, to which you value your and other’s time, are reliable, well prepared for any interaction and display respect.
Avoiding debits

There are two things which lead to one’s balance being diminished and bad stories being added:

Lack of self-control and emotional regulation: The inability to maintain grace under fire and remain calm and composed and also control your urges and desires. There are enough examples of leaders who have gone into overdraft because of this.
In summary, leadership presence is others experience of your leadership. We need to believe we have the ingredients and have to pay attention to knowing where we stand and how we can grow it.