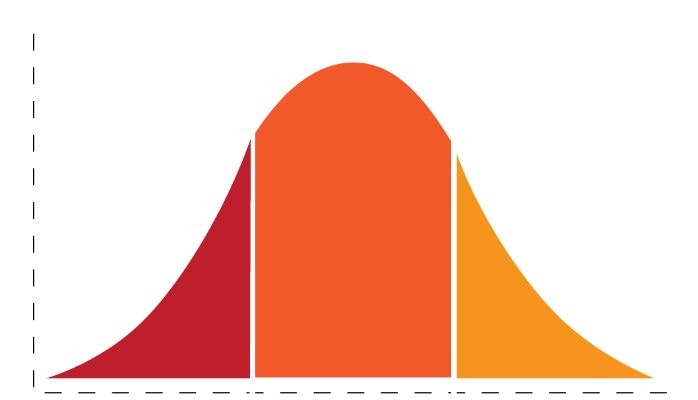 I am sure all of you are reading a spate of reports about organisation after organisation announcing their decision to do away with the much maligned bell curve.  It now appears that any organisation of repute must be seen as disassociating itself from what is now looking like a horrible mistake. Disowning the bell curve seems to be the most politically correct thing to do.

What started off as the practice of one corporation gained popularity thanks to its legendary leader and soon became “best practice” until someday someone realized that it was wrong.

Was it really so wicked and villainous! If it was, why did the brightest and best in organisations embrace it all these years?

The truth is that fads will continue to rule the world of management. As with all fads, they are bound to go out of fashion. So, if the most admired companies suddenly find the bell curve a bad idea, others do not want to look silly and maintain a contrarian view.

But, these are not the questions and thoughts going through the minds of most employees and HR professionals.  The questions they must be asking themselves are:

The answer to all these questions is an absolute NO!

Well, the bell curve served four purposes – it helped organisations identify its best people; it helped manage pay increase budgets; it helped identify its poor performers who needed to be separated.  Of course, it was also used to ensure fairness and equity in the way all this was done.

Truth is that these purposes will still need to be served, albeit in different ways. While most of us will not get to know the internal intricacies or the fine print on how these laudable philosophies get finally translated on the ground, it is not hard to come up with some plausible predictions about what the world will look like post the BC (Bell Curve) era:

Managerial ownership: Many organisations will give their managers at certain levels pay increase budgets and make them responsible for managing within those budgets. The manager is them forced to distribute the pie based on performance data.  This will be one possibility.

Other methods: Organisation might use other methods and models that combine data about performance and potential to categorize employees into various buckets – from the most valuable to the least valuable.

BC loyalists: There are still a very large number of organisations which are struggling to convince their managers to be objective and tough minded in their assessment process and not let their heart rule over their head. Given the inability of their managers to differentiate, these organisations will continue to rely on the bell curve to create a culture of differentiation where none exists.

To me, what matters is that the principles of meritocracy, differentiation, performance orientation and fairness are administered in the most respectful, empowering and culturally appropriate way.  The bell curve is just one way of doing it. If it did not work for your organisation, please throw it away. However, when you throw things away, remember the popular idiomatic expression, “Don’t throw the baby out with the bathwater.”

If you are interested on my research-based views on the subject of differentiation, please follow this link http://ganeshchella.com/pdf/utbsep06.pdf