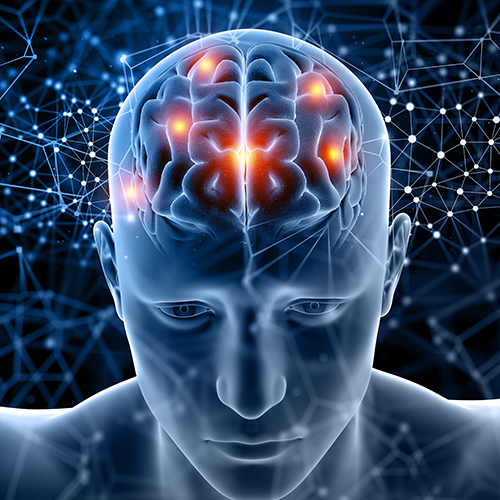 Leveraging the power of Alternative Interventions in Coaching – an NLP perspective

The term Neuro Linguistic Programming (NLP) was coined by its co-founders, Richard Bandler and John Grinder, to represent the connection between neurological processes, language and the behavioural patterns that have been programmed into us through our experiences since birth, which can be organized to achieve specific goals in life. Bandler and Grinder claimed that NLP would be instrumental in “finding ways to help people have better, fuller and richer lives”.

NLP is a simple, skilful method for studying what goes on inside a person (the subjective experience) and the processes that people use to build their unique, distinctive maps or models of the world. It is about how the brain works; how people think, feel, learn, motivate themselves, interact with others, make choices and achieve realistic goals. The objective is to increase the behavioural choices available to us, with a presupposition that the more choices and possibilities we become aware of and make available to ourselves, the more we will become aware of and be able to fulfil our desires.

As an executive coach and an NLP practitioner I find that there are several ways in which I can leverage the simple and practical tools of NLP to forward my coaching relationship.

In the coaching context, NLP is best suited to help the coach a) get into the ideal state for coaching b) build rapport with the client, c) communicate effectively with the client, d) support the client in eliminating his self limiting beliefs and learned limitations which could include low self esteem, lack of confidence, low assertiveness or just about anything that is holding the client back from being the best he could be, and finally, e) build resilience both in herself and in the client.

Let us look at these one by one…

Get into the ideal state for coaching

The coach can use NLP to explore her own values, beliefs and goals, establish strategies to achieve her goals, and streamline her approach. This will help enhance her coaching skills and make her more effective.  One of the techniques that is often used to get into the ideal state is called “Anchoring”.  This involves associating a particular stimulus to a desired response, to get herself into the desired state for coaching – say the state of being completely tuned in, empathetic, respectful, genuine, non judgmental and non directive towards the client.  The coach would build this ideal coaching state for herself and associate an anchor with it. While working with a client, she could trigger this anchor whenever she needs help in maintaining this state.  The coach could also establish a similar anchor for the client to, for instance, calm him down and bring him back to the present when he gets agitated or negatively associated with his past experiences.

Build rapport with the client

NLP believes that our internal world is manifested in various ways in our external behaviour. If the coach is able to calibrate the client’s nonverbal cues and match her communication style to that of the client at the appropriate sensory level the coach is better able to build understanding and rapport and facilitate the exploration of his needs.  One of NLP best known techniques is “Rapport building” which builds on the premise that people who like each other tend to be like each other. This consists of subtly and unobtrusively mirroring the body language, speaking patterns, tone, pitch, speed and even the breathing rate of another individual.  For example: leaning forward when the client does; speaking slower when the client does; using phrases like “I see what you mean” for a client who is more visual in nature, or phrases like “I have a feeling that you are right” for a client who is operates from the kinaesthetic, help in building the said rapport. By thus building rapport, the coach can create an unconscious empathy with the client and help him get settled and remain comfortable through the coaching sessions.

Communicate effectively with the

According to cognitive psychology, each of us have our own map or model of reality and hence experience the same reality differently. This reflects in the way we think, speak and act. Often pre-existing beliefs, strategies, memories, and decisions cause us to miss out or even hide information by unconsciously deleting, generalizing and distorting information we provide to the person we are communicating with.

Everything a coach needs to know about successful communication in the context of coaching is encapsulated in the NLP Meta Model which helps the coach ask the right questions and challenge linguistic distortions, clarify generalizations and recover deleted information which occurs in a client’s statements, thus helping her better understand the client’s current situation. Typically, questions may be in the form of “What specifically?”, “How specifically?”, “According to whom?”, “How do you know that?”, “In comparison to what?”, “Was there ever a time when …?”   This helps the coach align the client’s perceptions with reality, which in turn make subsequent goals and action plans more specific and effective in achieving the results required.

For example if the client says “Everybody is mean to me”, he is using the universal quantifier “everybody” to possibly expand a specific painful situation to the level of being persecuted by the universe.  In this case, the coach’s response might be “Everybody?  Which people, specifically?”

Such questions help the coach elicit a verbal representation of the client’s full experience. They also help her evaluate the client’s answers in conjunction with body language, breathing and voice changes as discussed earlier.  In time, the Meta Model helps the coach become much more effective in empowering the client to find his own answers.

NLP offers a powerful technique called “Reframing” which helps in dealing with problems by finding and using alternative behaviours. In context reframing, we search for another context where the behaviour is regarded as healthy, while content reframing emphasises the positive connotation of any behaviour and transforms a potentially negative situation into a growing or learning experience. A new attitude is inculcated – “How am I going to use this behaviour?” instead of “How am I going to get rid of it?” As a result, what was earlier perceived as a problem is often no longer one.  The key lies in finding out what exactly is the positive intention at the root of the client’s behaviour.  For example, finding that the positive intention of a teenager’s rebelliousness is to become an independent and capable adult can change how both the parent and the child views that behaviour. To uncover the positive intention, keep asking for what purpose the client said or did something until you arrive at the positive intention. In coaching, we call this finding out the story behind the story.

NLP has other interesting exercises which the disbeliever might think of as far-fetched but which if followed can bring about a sea change in a client’s experiences by helping him change his mental or emotional state, perceive more opportunities, and make better choices for himself.   The following can give the coach much leverage while working with self limiting beliefs of the client.  The “Belief Change” exercises could help give the client more choices, allowing the subconscious to choose what is best.  The “Perceptual Positions” exercises could get the client to step into the shoes of a future confident and successful version of himself.  From this position, the client could plan on how to get there and explore the values and beliefs that he has to change to become that person.  He could also be made to step into the shoes of a person with whom he is having a conflict, say his boss, to help him see things from the boss’s viewpoint.  The “Swish” technique can help the client eliminate unhealthy habits and mannerisms, even those that he may not even be aware of.  The “Timeline” intervention can help the client sort out events affecting his ongoing experience and could, for example, help him to let go of self doubt.  The “Past Timeline” exercise allows the client, with the help of his unconscious, to transform events of the past and integrate them into the present and future.

NLP advocates leveraging the resources of the individual, including those resources that the client might currently lack but would like to imagine as being a part of his repertoire. The “State of Excellence” technique can help bring the client to a state in which he has all possible resources available to him in a way that allows him to act with full capability. NLP thus teaches the client self responsibility and self reliance.

NLP practitioners have found that the quality of their own lives has improved dramatically by using NLP as they now are able to come up with better strategies to achieve whatever outcome they want in their lives.   The key learning from NLP is that by using the set of tools and techniques it offers it is possible to bring about a Core Transformation – transformation at the core of our being, which in turn brings about a transformation in the way we think and act, and thence in our reality – our life as we experience it.  We have all the resources that we need inside of us. We have only to let them surface.

Using NLP, coaches can facilitate the greatest impact possible in their clients, both personally as well as professionally. The self talk at the core of NLP is “I am responsible for my own behaviour and I have the resources to handle it!” As coaching speaks the same language, the two disciplines can be integrated easily and harmoniously to the greater benefit of the client, and in many ways even speed up results dramatically making the engagement highly cost effective; a by-product both coach and client will certainly appreciate.

Credit for much of this article goes to: Richard P. McHugh, S.J., Ph.D., Mind with a Heart – Creative Patterns of Personal Change, Gujarat Sahitya Prakash, India, 1998, and to the NLP Master Practitioner Course conducted by Dr. McHugh at Ashirwad Bangalore, India, 2009