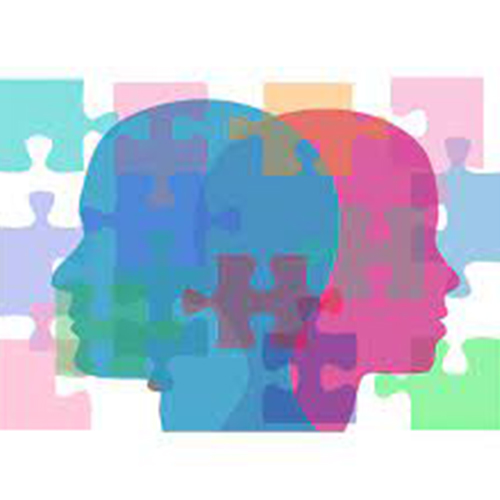 As change catalysts, Executive Coaches have to enable coachees to develop newer ways of thinking, feeling or acting (cognitive, affective or behavioural change).

To enable this, a key skill in Coaches is the ability to understand and articulate human behaviour, thoughts & feelings. Since this human behaviour is couched in an organizational context, a sound grasp of group dynamics is obviously essential.

In other words, Executive Coaches need a sound understanding of the theory of human behaviour and also familiarity with the use of the right techniques that can enable change.

Transactional Analysis (TA) as a ‘theory of personality’,  provides a framework to understand and articulate human behaviour in relation to groups; as a ‘theory of social intercourse’, it also provides a set of tools and techniques to enable change. The “underlying philosophy is one of mutual self respect and caring”, which encapsulates CFI’s coaching values.

This article seeks to outline how coaches can use some elements of TA to understand human behaviour and also how to use some of the techniques of TA to enable change in their coachees.

TA was developed by Eric Berne and deals with several aspects of human behaviour: Ego states, which is a structural analysis of personality; Transactions & Strokes which look at communication patterns; Scripts, the analysis of specific life dramas that persons compulsively play out; Life Positions, attitudes with reference to others/the world; Games, Ulterior Transactions played for specific payoffs. Naturally, a discussion of all the above elements is beyond the scope of this article. I will limit myself to how the Ego States model can be used as a framework for understanding human behaviour and as a technique to enable change.

Ego States: A Framework of Personality & a Technique to catalyse behaviour change

According to Berne, all personalities are made up of three ego states – Parent, Adult & Child. At any given point in time, a person operates in one of the three distinct ego states. (The parent and child are subdivided into two each, making it five behaviour styles). All three ego states are important for a healthy personality.

The Three Ego states can be defined as follows:

The Parent Ego state contains the attitudes and behaviour incorporated from external sources, primarily parents. Outwardly, it often is expressed toward others in prejudiced, critical behaviours or nurturing behaviours. Inwardly it is experienced as old Parental messages which continue to influence the inner Child.

The Adult Ego state is not related to a person’s age. It is oriented to current reality and the objective gathering of information. It is organized, adaptable, intelligent, and functions by testing reality, estimating probabilities, and computing dispassionately.

The Child Ego state contains all the impulses that come naturally to an infant. It also contains the recordings of the child’s early experiences, responses, and the ‘positions’ taken about self and others. It is expressed as ‘old’ (archaic) behaviour from childhood.

Case Illustration: A client was advised to investigate a private school for his son. When he reported his findings about the school where the teaching was informal and creativity encouraged, three distinct reactions were easily observable. First, he scowled and said, “I cant see how anyone could learn anything at that school. There’s dirt on the floor!” Leaning back in the chair, his forehead smoothed out as he reflected, “Before I decide, I think I should check on the school’s scholastic rating and talk to some of the parents.” The next minute, a broad grin crossed his face, and he said, “Gee, I’d love to have gone to a school like that!”

Let’s take the example of AK, the head of a Business Unit in a large consumer products company. When AK is ticking off her team member for not meeting his KRAs or setting limits/rules for the performance of a task, she is operating out of her Controlling Parent ego state. When she is providing comfort for failure and support for better performance, she is operating out of her Nurturing parent.

**It is critical to look at supporting tone and other body language clues. Cannot be perceived in isolation.

Thus, the ego states are sources of thoughts & feelings, manifested by corresponding patterns of behaviour, accompanied by typical verbal & non verbal signals. And each of us has all the ego states available to us as a repertoire. In most cases, though, we operate from only one predominant ego state that we draw from, which isn’t consciously chosen or wielded.

How Ego States can be used in Coaching: For the Executive coach, the model facilitates recognition of behaviour patterns & styles that the coachee is operating from; this throws light on several aspects of the coachee’s personality which can feed into coaching goals and in some cases, can be the coaching goals.

SS, CFO in a multinational organization began the coaching discussions with the need to improve his performance & productivity. He maintained that his stress levels were very high and that this has impacted his performance and deliverables. Upon deeper inquiry, we found that the stress was caused by the demands of several business units which competed for his time constantly. The problem statement emerged as his inability to refuse unreasonable demands on his time, as well as his hesitation to be ‘unpopular’.

We completed a 360 degree and gathered feedback from his stakeholders, the results of which tied in with our (coach & coachee) own assessment of the coachee’s primary source of behaviour as ‘Adapted Child’. We used an ego gram to map the behaviour pattern, which expectedly showed a high bar on Adapted Child. (See figure 1) One of the coaching goals were then identified as strengthening his Critical Parent (to set rules & limitations) and Adult (to engage in problem solving with stakeholders rather than concede to their demands), and reducing the Adapted child and Nurturing Parent.

The strength of the model for the Executive Coach lies in its simplicity and comprehensiveness. The ego states model can thus facilitate the coach & coachee in recognizing coachee’s behaviour patterns/styles and also provide a framework for guiding their change agenda. It can be used specifically in coaching agendas when leadership style is the key ingredient.

It must however be cautioned that the ego states must be used more as a means to understand the coachee and should not be used to label the coachee because that would go against our belief of respect and our faith  in the coachee as a “becoming person.”

What Do You Say After You Say Hello? Eric Berne, M.D.