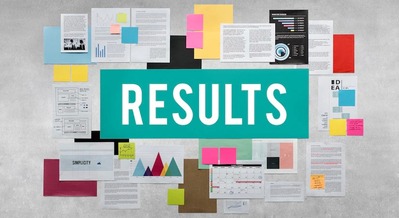 One of our clients, a large conglomerate, is known for its mature leadership practices. While every organisation aims to grow their leadership from within the system, our client walked the talk and set processes in place to not only develop their people but ensure that majority of the senior leader requirements are fulfilled from inside the system.

Being aware and empathetic to the variety of challenges their new leaders faced, they partnered with us from the year 2015 for a project involving transition coaching for a new set of leaders. This cohort included CEOs, Business Heads and SBU Heads. Since then, we have completed over 80 engagements with them. In 2019-20, having worked with them for almost 5 years, we saw the scope to study that elusive aspect in many leader development programmes – evidence of effectiveness!

We decided to work with the client to launch a longitudinal study to gauge the efficacy of coaching. The study covered 46 Transition Engagements. The study participants were executives who underwent coaching, their managers/Sponsors during the engagement, CHRO responsible for the business and a representative set of Coaches who coached these executives.

What did the study reveal?

Transition coaching has been found to work 90% of the time.

The qualitative feedback we received from stakeholders showed the depth of the work that had been carried out:

Sponsor feedback on the goal of strategic thinking:

“Coach used a project approach to improve Coachee’s strategic thinking. Coachee has to deliver 30% sales growth and reduction in inventory by a few days. Coachee worked with Coach and improved the sales growth to 90%”.

Coachee experience on being coached for improved interpersonal skills:

“When you move from functional role to Unit’s leadership role overnight, some of your peers become your subordinates. Managing and aligning them requires different set of tact. Managing managers effectively was the biggest take away from the program”.

Sponsor feedback on Coachee transitioning into a new function:

This longitudinal study was led by an independent coach. The sources of information for this study and the suggestions for improvement were provided by Coaches, Coachees (Executives), Sponsors and the HR team.  Transition Leaders and Coaches having diverse professional backgrounds added to the depth of talent and experience available to review in this study. Available transition coaching related documents included goals, status reports, tracking sheets, case studies, coaching closure documents, process documents and published success stories.

While coaching is a helping relationship between the Coach and Coachee, transition coaching is a structured support mechanism for Coachees transitioning into new roles. The new leaders were supported not only through focused coaching but also through specific internal business support from the organisation.

Some of the coachees were new to the business while others were completely new to the group. Others were looking at significantly expanded roles. The challenges these leaders faced, while being uniquely nuanced, also had many common aspects.

In coaching engagements, while the actual coaching content and objectives vary widely, focusing on specific outcomes is key. In the study we found that the outcomes related to transition and performance included the coachee’s thinking becoming more strategic, building a network both inside and outside the organisation and the coachee being more effective in managing the stakeholder’s expectations. Those outcomes that related to self-development revealed that the coachees were now more aware of the impact they had on others while also strengthening the perception of them as a senior leader.

Alignment with the new team and the stakeholders of the new ecosystem were needs that came up in more than one segment. Coaches also worked towards team integration and helped new leaders calibrate style and approach through a process of feedforward.

Culture was the other big area that Coaches worked on helping leaders understand. They did this through various interventions including having internal mentors who shared historical and cultural perspectives. Preparing for change and improving strategic thinking was done through enabling new skills which facilitated these aspects. Other leadership skills that were worked on included delegation, time management and effective communication.

Putting it all together, the pathway for the transition was clearly defined with support from the Coach as well as the organisation. Each of these transitions were critical and have had far reaching impact across multiple stakeholders – the individuals themselves, the immediate team, peers, subordinates, customers, and business.

The second factor that played a critical role in the success of this engagement was the Coachee’s ability to select their Coaches.  Chemistry is important in building an effective coaching relationship. The Coachee was partly involved in the selection of Coaches for their engagement. Coachees were provided with information about the Coaches including biographies, education, coaching credentials, functional expertise, industry experience and other background information.

Calibre of the coaches engaged was another aspect that could have made or broken this engagement. The coaches engaged  in this transition coaching programme were a highly select and formally trained group. They have a keen understanding of the business and culture of the client. Although this study did not compare the effectiveness of the different types of coaches or the forms of coaching, we believe that only by employing coaches of a certain calibre, can the degree of effectiveness can be demonstrated.

The final differentiator was the ability of the Coachee to receive, accept and work on the 360-degree feedback. Interviewed Coachees expressed that trust and chemistry with the Coach made them receive their feedback constructively and view it from the angle of “How can I leverage this information for my benefit?”.

When the impact for the Coachee was “Transformational”, we observed that detailed discussions had taken place between the Coach and Coachee about the Coachee’s self-limiting beliefs.

This Transition coaching engagement was a collaborative effort with the talent management team of the organisation as well as the sponsors and managers of the leaders.  With the results observed over the years, it is now like a rite of passage for new leadership in the organisation to undergo transition coaching with the help of a Coach. We are proud to be associated with an organisation that understands that leaders do struggle and like all of us, can do with a little bit of help.