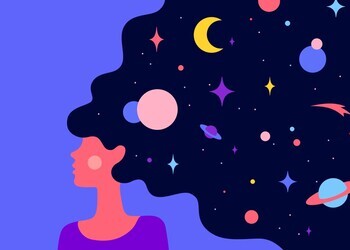 In continuation of our series on women leadership based on the research we carried out for the SheLeads programme, we found a surprisingly common element among all the women leaders we spoke to.

Almost none of them started off their careers with a plan or even a desire to reach the level of leadership that they are at today. Infact, a few of them said their families were quite surprised at how far they have come!

Earlier, the ecosystem seemed to feel that if a woman is holding on to a job and managing her family, she is already at the top of her game; a superwoman.

Many women might have bought into the same idea, believing that contributing financially while also playing the role of primary caretaker meant having a fulfilling life.

What differentiated our women leaders was their realization that there was more.

They seem to have believed that if they adequately equipped themselves, they could move from an either-or mindset to a this-AND-that mindset. Not home or career but home and career. Not work-life balance or growth but work-life balance and growth.

They set high goals for themselves and it was important to excel.  This meant that they did not think twice about stepping up and asking for what they wanted. More than one woman leader had to convince her boss that she was ready to take on a sales and marketing job – one which required long hours away from home. Another stepped up for difficult negotiations with trade unions. A third leader settled for nothing less than an award at Cannes!

The irony is that all of them needed to convince their management that they wanted to do this. Men, mostly out of compassion seemed to have assumed that these roles or goals would only be burdensome to women.

While it is a fact that many women hesitate to take on certain opportunities (as do men), stereotyping all women would deprive the organisation of many a top performer. Women entering the workforce today are far more confident and clear about their ambitions.

This is a shout out to the women in middle management – maybe where you are today is only a milestone in your journey. Could it be that there is a seat at the table, just waiting for you to come and claim it?

As Karen Ravn, eloquently put it,

Only as high as I reach, can I grow

Only as far as I seek can I go

Only as deep as I look can I see

Only as much as I dream, can I be…